Hamilton is coming to Honolulu!

About Broadway in Hawaii
Broadway in Hawaii has been presenting the very best touring Broadway productions at Honolulu’s Blaisdell Concert Hall and the historic Hawaii Theatre since 1999. Wicked, Andrew Lloyd Webber’s The Phantom Of The Opera, Disney’s The Beauty and The Beast, Riverdance, RENT and Blue Man Group are just a few of the smash-hit productions to have thrilled audiences in Honolulu. Broadway in Hawaii is managed by MagicSpace Entertainment, one of the top promoters of live entertainment in North America.

Revitalization of The Blaisdell Center
The revitalization of Blaisdell includes state-of-the-art concert hall enhancements necessary to support the biggest and brightest of Broadway shows touring North America. Beginning right now, and continuing into the much-anticipated opening of the re-imagined campus, we are proud to be doing our part to bring Broadway to the mix of great cultural attractions already appearing at Blaisdell Concert Hall.

Education Fund at Work
Broadway in Hawaii is committed to supporting and nurturing the talent of Hawaii’s young people. As part of the Broadway in Hawaii Education fund, we recently partnered with the RENT 20th Anniversary Tour to host an audition masterclass with a special question and answer session, real-world instruction on how to prepare for auditions including what casting directors look for. Students from various high schools, universities and other performing arts were invited to attend and observe. We look forward to hosting more opportunities like this in the future to benefit the Honolulu community. 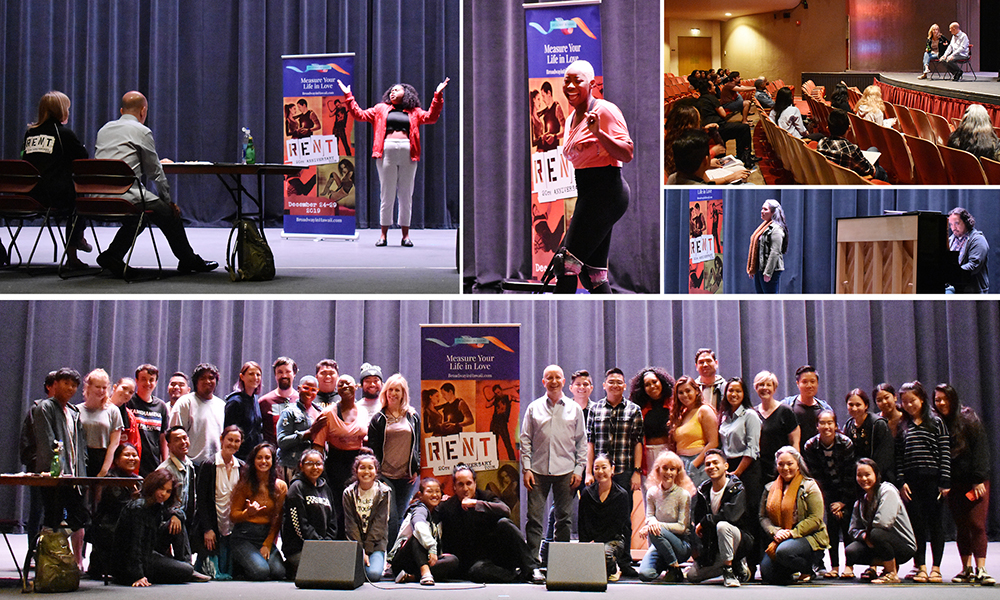 Hamilton is coming to Honolulu!